User may want to print KOT/BOT for an ongoing order because of following reasons, 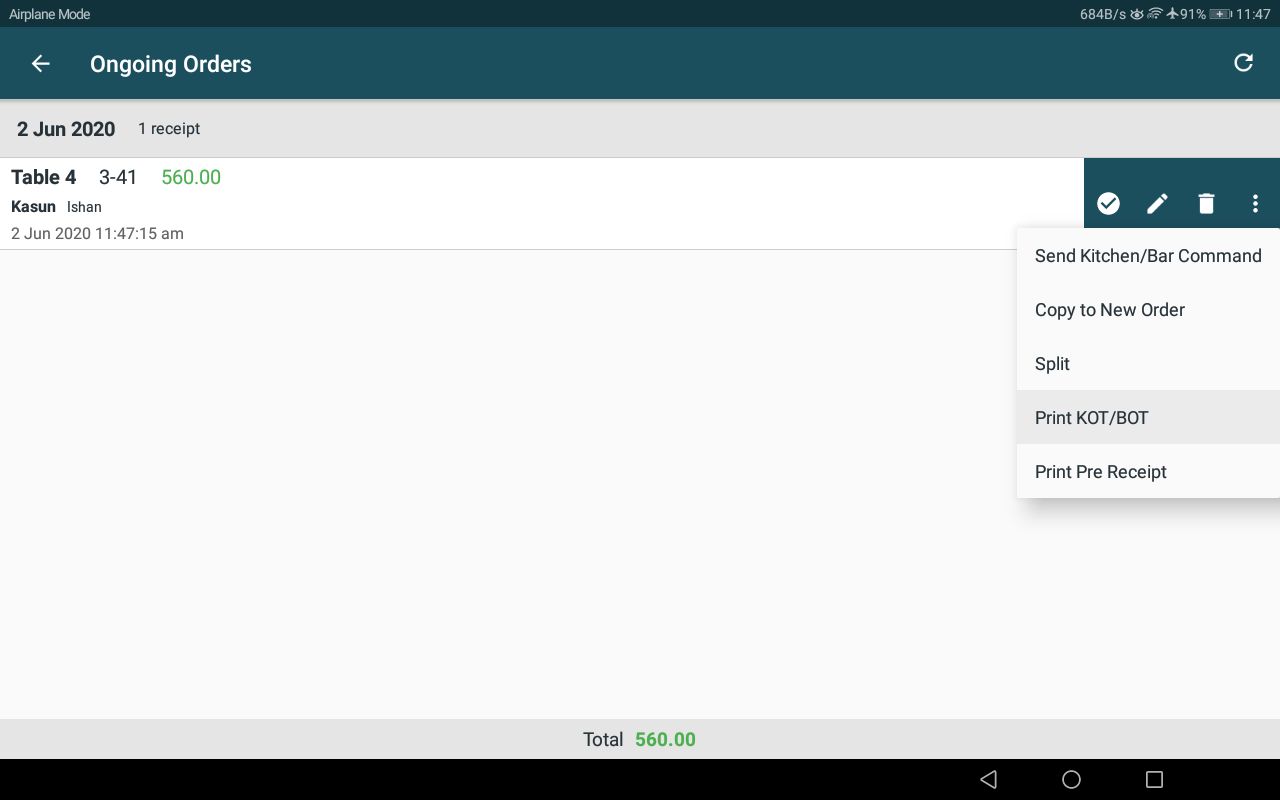 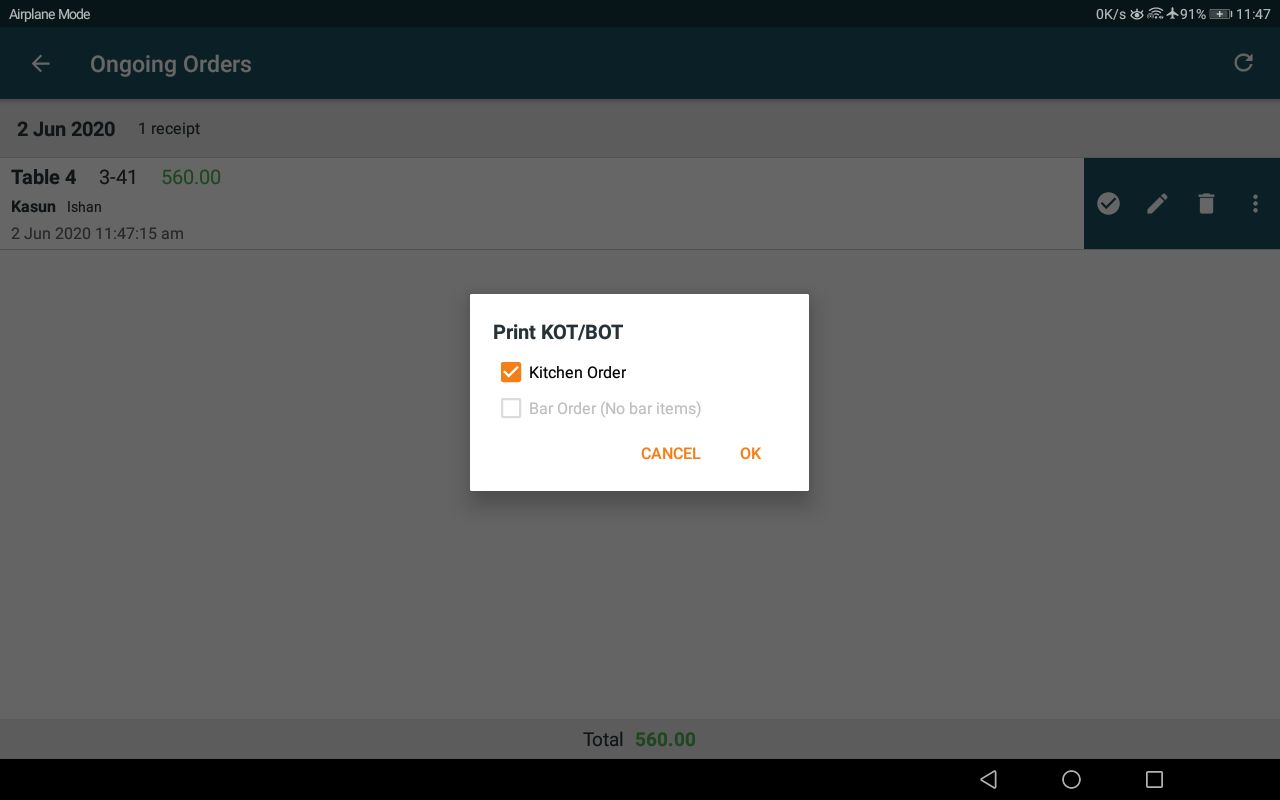 This action has two different behaviours according to the context.