Once the business performs a cheque payment to a supplier, the cheque will be shown in pending status.

Pending cheques can be cancelled upon agreements between the business and the relavant supplier. In such a case, the cheque can be selected and cancelled as below.

Select cheque and mark as cancelled: 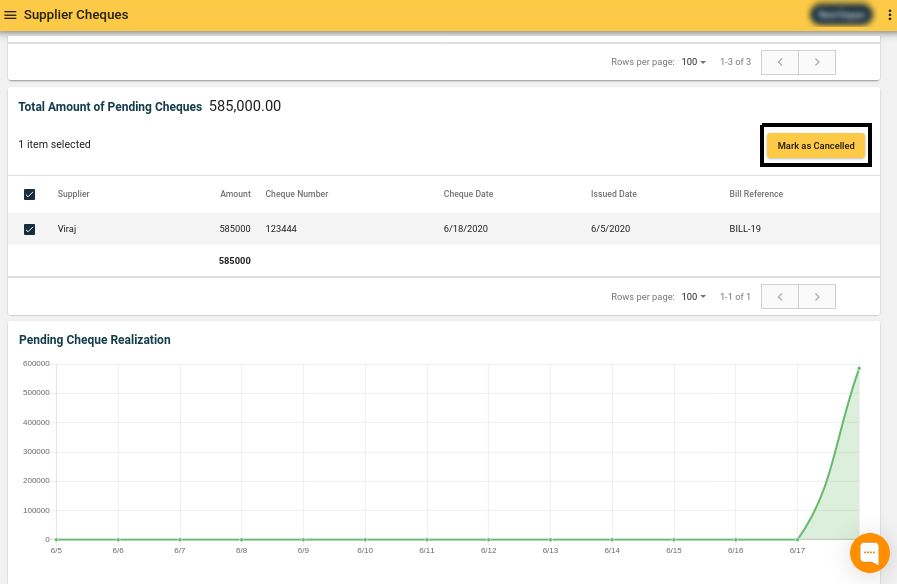 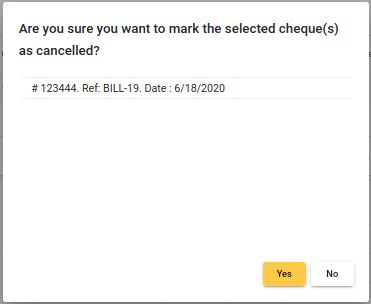 Now the cheque will move to cancelled status and can be viewed in the customer cheques screen when the cancelled filter is selected.

A cheque can be moved into cancelled status before it being realized or returned.

These options can be found when a cancelled cheque is selected from the checkbox.

A Cheque is marked as realized when it's settled and cash credited to a bank account of the supplier.

When the Bank notifies a cheque as returned, it can be marked so. If marked by mistake, it’s status can be changed to pending, realized or cancelled.

When a cheque is in pending status and it’s cheque date is overdue, it is considered as an overdue cheque. Overdue cheques are shown in a separate section of cheque screen, and the total overdue cheque balance is shown in the header of that section.